The year gone by was filled with ups and down but not for the foodies. Many relished their traditional bites with a twist. Not just that but fancy foodies who like to explore international cuisines also had a ball.

It’s important at this juncture that we applaud the efforts of so many hotels that have brought in excellent Chef’s from all over the world. This gave foodies a chance to not just explore but also experience the true authentic cuisine from their favourite parts of the world. 2013 was a year of Mexican, Malaysian, Italian, and Greek cuisines along with Punjabi, Maharashtrian, Lucknowi and Kashmiri gastronomic rides. These cuisines were presented with much glamour by the Chef themselves who bring in ingredients and also walk you through the entire menu. They are gracious enough to have a chat with you and explain the food that belongs to their culture. They personally visit Indian markets and will help you to cook the same foods in your kitchen. Most Chefs were kind to share substituting ingredients with the foodies. So, next time you decide to give these international food fests organized by so many restaurants, think twice! There lies a host of secretes that you may want to know!

While international cuisine is emerging as a “cool thing” our good old traditional Indian cuisines are also shouting from the roof tops with different hats. While traditional Konkani ‘Sol Kadhi’ was being served as a shot ‘Paani Puri’ was being stuffed with chicken and dipped in vodka! You heard us right!!! Make your resolution for 2014 that you won’t just explore international cuisine but you’d also twist the traditional Indian cuisines.

Other than cuisines many foodies took to baking as well. Red Velvets ruled the favourites chart and macaroons and Crème Brule followed suit. Baking was not limited to just cakes; it was taken to another level where excitement in the kitchen was extended to the oven with a lot of cream and chocolate to add in the fun!

Experimenting with food has always been a prerogative for all in the service industry and otherwise. So welcome 2014 with an open mind towards trying out various global cuisines! Usher 2014 with a promise to not let your taste buds down 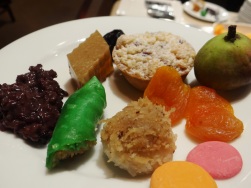 Bafle (A favourite snack from Vidharba) 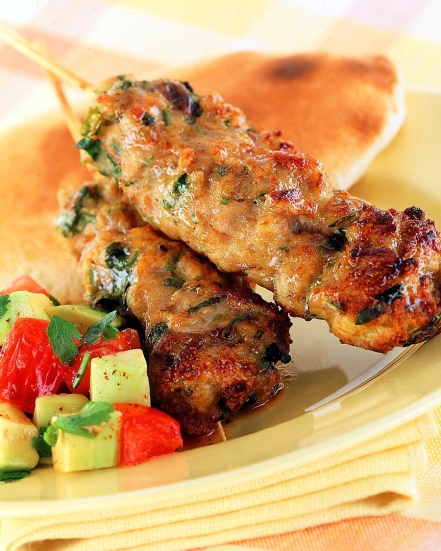 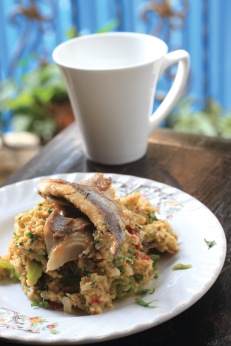 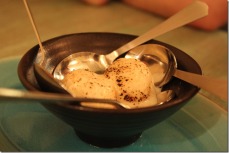 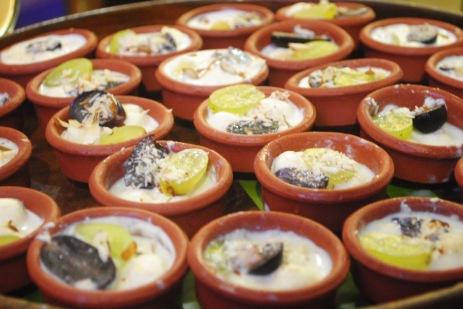 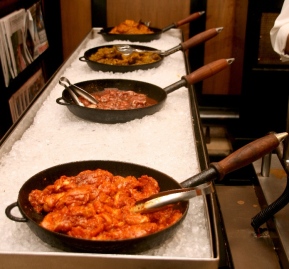 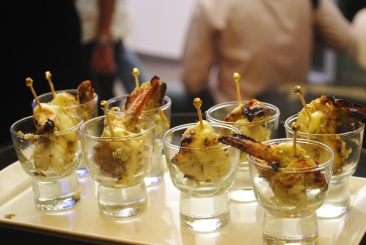 Fish in Sambal sauce (Try it!)