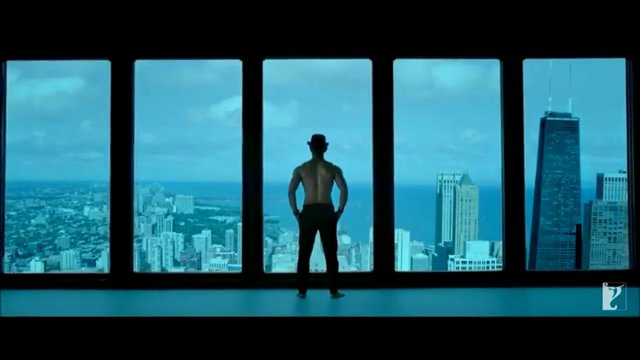 The Dhoom franchise has returned with the latest Dhoom 3, with none other than the perfectionist Amir Khan. Dhoom 3 lives up to the expectations of an action movie and its predecessors but in some parts it seems like you’re watching a tollywood (Movies made in South India) action film; especially the entry of Abhishek Bachchan is overdone with a Rickshaw! Yes you read it right an Auto rickshaw which eventually breaks down into its spare parts, whereas the entry of Katrina Kaif leaves your heart racing for more.

Amir Khans entry is none the less with a dialogue which will be remembered as one of the famous for the years to come. ‘Bande he hum uske….’ The romance is hardly seen between Amir and Katrina, we give a fat thumbs down! The turning point in the movie is the interval, you would actually want more of Amir Khan and you would rightly get it. Abhishek Bachchan and Uday Chopra on the other hand don’t have much to do unlike their previous ventures of Dhoom where they had definite parts to play.

We don’t even get to know how are the robberies performed which is the disappointing bit of the movie. But keeping aside all the flaws you would love the character played by Amir Khan, who becomes the tragic hero instead of the villain and hence you want him to win in the end. His skills as a performer persuade you towards the same.

Hence the hero and the villain of the movie is Amir Khan so he has the cake and eats it too. All in all, Dhoom 3 is the movie for the masses and the classes (and for Amir Khan fans :P).