I have hardly been able to deal with the spectacular performance of Kangana Ranaut in Queen, and she is already back with a double dose in Tanu Weds Manu Returns, as Tanu and Datto. Also back in Director Anand Rai’s sequel of his 2011 hit film Tanu Weds Manu, four years after the first film won hearts at the box office, are Manu (R. Madhavan), Pappi (Deepak Dobriyal), Payal (Swara Bhaskar), Jassi (Eijaz Khan) and Raja Awasthi (Jimmy Shergill). 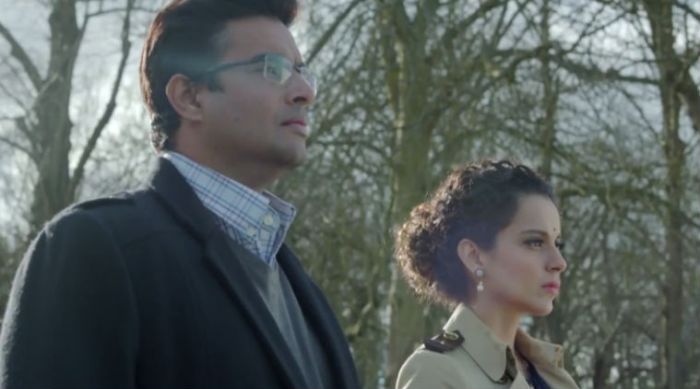 Tanu Weds Manu Returns traces the problems of a love marriage: You fall in love with someone, but with time personalities change; while some of us learn to grow up or grow old with the one we loved, most of us feel disappointed and irritated. After a stormy romance, Tanu weds Manu. But four years later, living in London, the romance between the two has died. Soon, Tanu and Manu return to their households in Kanpur and Delhi respectively. Tanu is painting her hometown red, while Manu is in search of true love but is somewhere waiting for Tanu’s call. While searching for this love, Manu meets a Tanu lookalike – Datto (an athlete from Delhi University) and falls in love. Tanu gets to know about her hubby’s extra marital affair and plays all her cards to get him back. And that’s when the movie starts unfolding.

This movie proves that Kangana is currently in the zone where she can’t go wrong. She has flawlessly played both Tanuja Trivedi (Tanu) –  bubbly and rebellious Kanpur girl and Kusum Sangwan (Datto) – a no-nonsense athlete from Delhi University with unalloyed Haryanvi accent.The actress fleshes out this pair of distinct people with such energy and finesse that it becomes difficult at times to tell that it is the same actress playing the two roles. In one word, astounding. 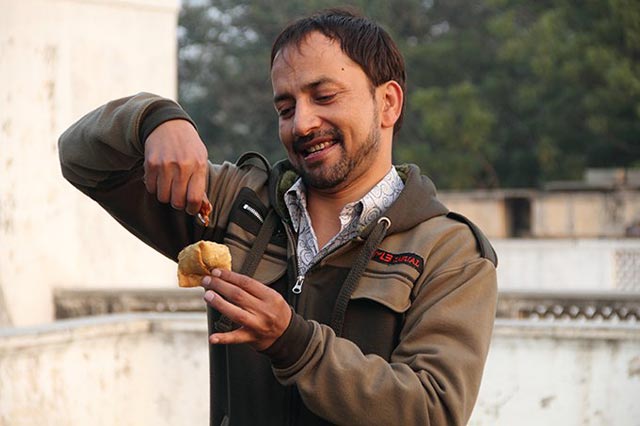 Manoj Sharma, Pappi and Advocate Chintoo are the backbones of the film, making the film well-balanced with the right amount of humor, emotions, drama etc. The culture, language and idiosyncrasies of Uttar Pradesh and Haryana are nicely captured and add much flavor. Rib-tickling one liners come one after the other and characters are interesting and colorful. The movie’s first half is exceptional and alone is worth the price of admission. Music is also one of the highlights of the movie. “Banno Tera Swagger” will easily become a 2015 anthem (I can’t get enough of this song by the way), playing at every wedding and festivity. The revamped folk classic is well choreographed and beautifully shot, while songs like “Move On” and “Ghani Bawri” bode well with the situations where they’re presented.

All in all, Tanu Weds Manu Returns is a refreshing and engaging entertainer. Watch this for a double dose of Kangana Ranaut, promising supporting cast, awesome music & colorful screenplay. Like a dear friend rightly said, I’m going with 5. Not stars but the number of times I might end up watching this one. You don’t miss this one!